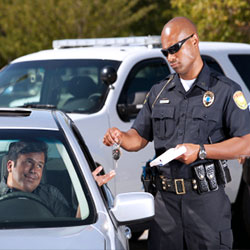 Driving While Suspended Lawyers. Even though it may seem like a small matter, a Driving While Suspended violation is much more serious than a normal traffic ticket. Being found guilty of driving with a suspended license stays on your permanent driving record forever, with no opportunity for removal at a later date and further loss of your license. In fact, repeated Driving While Suspended convictions can be used to enhance the charge to that of a felony; obviously that is something you should avoid. Before it's too late to remove the charges, it is important to call an experienced driving while suspended attorney to represent you in court.

The permanent scar on your driving record that comes from pleading guilty to a Driving While Suspended traffic ticket can lead to continued problems. With a DWS ticket on your record, insurance rates will spike. Even years after your ticket, you will still have to pay higher insurance premiums. Many times, people who are charged with driving while suspended do not even know their license has been suspended. It may be that you had no idea that your driving privileges were suspended and this may be a potential defense that can be presented on your behalf. The law office of Flanagan & Peel, PC, can offer you the strongest driving while suspended defense for your case.

Our attorneys have a combined experience of over 50 years providing clients with the best legal representation.

We offer quality legal representation in almost every area of litigation for clients at both the state and federal level.

If you are in need of high quality legal representation, choose the well-respected attorneys of Flanagan & Peel, PC.

Visit the Flanagan & Peel, PC, blog to stay up to date on the latest law news and legal articles from our legal experts.