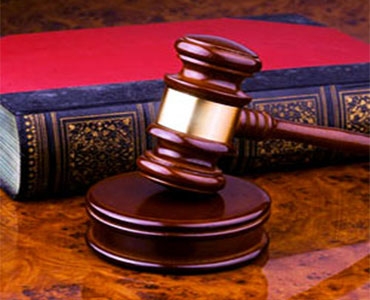 Shoplifting Can Lead to Felony Charges in Missouri

Many times, shoplifting is viewed as the least serious of theft or stealing crimes. It certainly doesn't sound as impressive as credit card theft or auto theft. In Missouri, however, there are certain factors than can take a shoplifting charge from a misdemeanor to a felony.

While it is common to think of shoplifters as someone sneaking from a store with a shirt in their bag, or a product hidden in their jacket, the word shoplifting covers much more in Missouri. Not paying for your meal at a restaurant, or leaving a gas pump without paying are known as shoplifting of services and are considered theft crimes. Even swapping a sales tag on a sweater for a lower priced one can be charged as shoplifting. Overall, shoplifting is intentionally taking a good or service from its rightful owner with no intentions of returning the good or service.

This all-encompassing charge for the intentional removal of goods and services is because the state of Missouri does not recognize specific charges for shoplifting, but rather categorizes it as a type of stealing. While in some states shoplifting may be its own crime with lesser punishments, the fact that Missouri does not differentiate between shoplifting and other thefts means that shoplifting an item, or service, above a certain dollar amount automatically makes the crime a felony charge.

In general, the goods or services that are taken against the knowledge of their rightful owner must amount to a worth of $500 or more before a felony. For stolen property valued at $500 to $25,000, a class C felony is charged. This is the same charge as most auto theft and credit card theft offenses. Certain goods and services, however, are automatically charged as a felony even if the value is lower than $500. These include theft of firearms and other dangerous property. Convicted felony charges can result in many years in prison, depending on past criminal records.

Being a convicted felon puts serious limits on your freedoms- it limits your ability to purchase and handle certain items (such as firearms), as well as affecting your ability to get a job. If you or someone you know has been accused of shoplifting as a felony offense, it is important to contact a criminal defense lawyer to avoid the negative repercussions that come with a felony charge. The law firm of Flanagan & Peel, PC, can help you resolve your felony charge for shoplifting through experienced, aggressive legal representation. For more information on our high quality criminal defense services, place contact us.